The ATILF (Analyse et Traitement Informatique de la Langue Française – Computer Processing and Analysis of the French Language) is a research “laboratory” in linguistics and language studies. This joint research unit (UMR 7118) is answerable to two institutions: the CNRS (National Centre for Scientific Research) and the University of Lorraine. 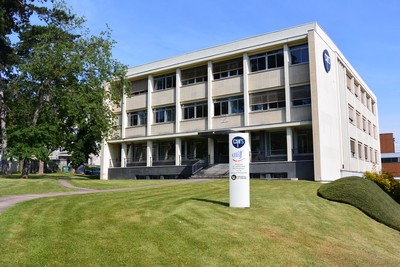 ► Within the CNRS, the ATILF is part of the Institute for Humanities and Social Sciences (INSHS), with a secondary affiliation to the Institute for Computer Sciences and their Interactions (INS2I). At the regional level, it comes under the aegis of the Centre-East Delegation.

► Within the University of Lorraine, the ATILF is connected to the research group in Knowledge, Language, Communication, Societies (Pôle CLCS), and the doctoral school Societies, Languages, Time, Knowledge (SLTC – ED 78). 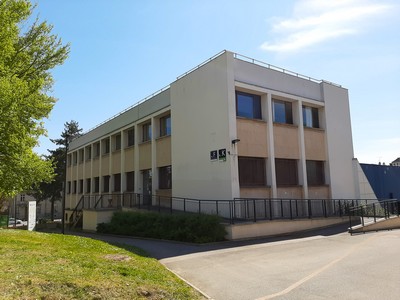 The ATILF combines two complementary skillsets in linguistics and computing, which contribute to our ability to provide online tools and platforms including numerous dictionaries and reference resources relating to languages.

The ATILF is project leader for Open Resources and TOols for LANGuage (ORTOLANG), an Equipex project (Equipment of excellence) in the Programme for Investment in the Future (PIA). ORTOLANG superseded the National Centre for Textual and Lexical Resources (CNRTL), with 1,811 registered users, 450 resources and 7.9 terabytes of data. The ATILF houses the platform which receives 700,000 connections every day and is soon to be updated

The ATILF currently has 135 members, 5 research teams in different fields, and 4 support services including a documentation centre called Michel Dinet.

Given these 3 themes, research at the ATILF is organised in 5 research teams: Lexis | Historical linguistics for French and Romance languages | Discourse | Applied linguistics and sociolinguistics (Crapel) | and Resources: normalisation, annotation and use.

Research units in France function on a 5-year basis; the current project (2018-2022) has 3 major spheres of interest:

1/ The concept of lexis is present throughout numerous research projects for French and beyond, notably for Romance languages, English and German, and with openings to non-Indo-European languages such as Russian and Korean. Within the different research groups, lexis is treated both diachronically and synchronically. The study of lexis includes but is not limited to lexicology and lexicography, extending to many other areas of linguistics as a whole. Besides morphology, lexical semantics and phraseology, all of which include a strong lexical component, other areas of research at the ATILF in psycholinguistics, sociolinguistics and applied linguistics (language learning and teaching) also address lexis from their own specific standpoints. It is also implicit in studies of terminology and specialised languages that have appeared in recent years.

2/ Work on corpora and resources goes back to the production of the Trésor de langue française (TLF) which began in the 1960s, and has been a staple of our activities since then. In addition to the production of new tools, this theme connects theoretical and applied research, both informing the resources and being informed by them as they generate new data for research. The ATILF’s work in this area supports rigorous description, quantification, modelling, experimentation and testing of theories and hypotheses about language via the use of stable, attested language data that can be shared with the scientific community and, in many cases, with the public at large. Many such projects involve collaboration between groups at the ATILF, and with national and international partners requiring substantial funding.

3/ Others areas of linguistics and language studies come together in a third theme covering several fields and disciplines (e.g. applied linguistics, sociolinguistics, diachronic linguistics, dialectology, and psycholinguistics) and focusing on a variety of objects (e.g. spoken interaction, discourse analysis, language pathologies, language insecurity, and linguistic variation). Under the heading of dynamic aspects of language, this cross-sectional theme draws on a number of theoretical underpinnings from complexity and dynamic systems theory to emergence, non-linearity and variation.